Posted on February 22, 2015 by lensaddiction 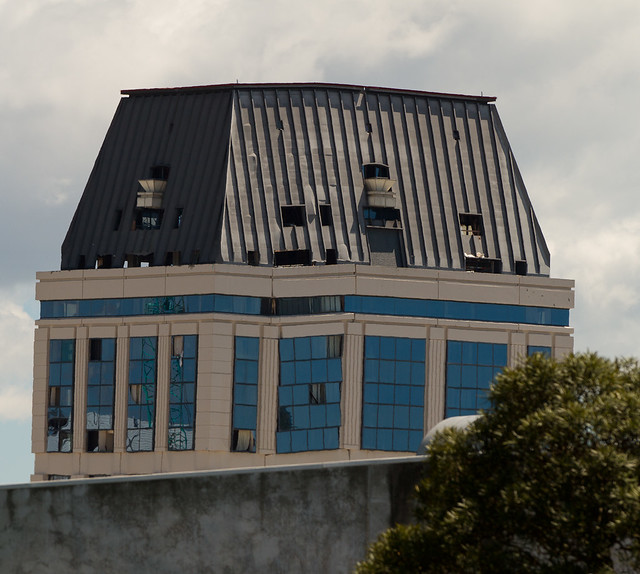 An enduring image of the Feb22 quake, the tallest building in the city was the Grand Chancellor Hotel, and one corner gave way and the building stood damaged like this for a few years until enough of the central city had been demolished that this could be bought down in a safe manner – Click to Embiggen

At 12.51pm on Feb22 2011 Christchurch was hit by a major earthquake which caused massive building damage and 185 people were killed as a result.  Wiki entry here.

To give you an idea of the impact of the level of damage here are some video links taken very shortly after the quake:

Showing the dust haze that was raised when a whole lot of brick buildings collapsed at once in the city, bricks and bits of buildings on the roads and the second part walking in the streets

A tourist filming in the Square – this was right outside the building I worked in.  When the dust clears you see the Cathedral tower is half the height it used to be and a woman with a broken arm is trapped inside. 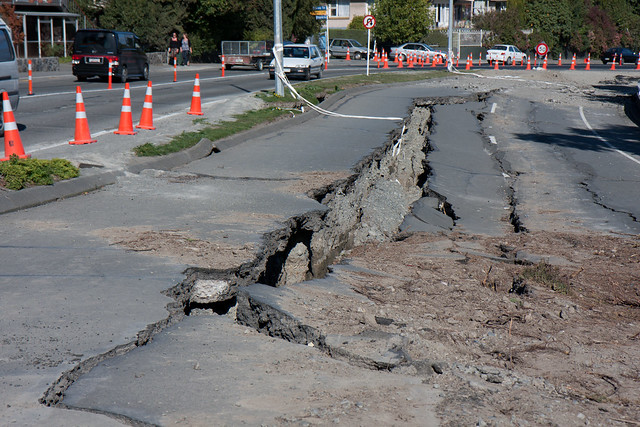 Fitzgerald Ave collapsed into the river – Click to Embiggen 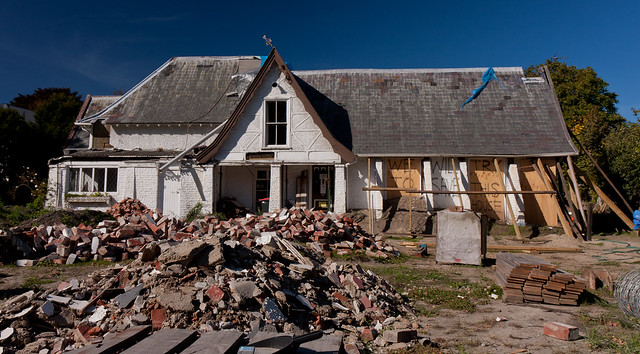 We Will Try To Save This House is spraypainted on the boards – the house still looks like this but even more damaged due to 4 years being open to the elements, the roof is sagging and broken and the house looks really bad now – Click to Embiggen

Four years on it looks like a different city but not in a good way.  Some construction is happening, but bureaucracy and sheer stupidity on behalf of the insurance companies has (and still is) holding up much repair work.  Many people have had to sue for compensation, as far up as the High Court – our highest legal step.

People who don’t live here and have to put up with the challenges every day are often heard to comment “Are you STILL going on about the quakes!”.

Well yes we are, because they are STILL having negative impact for all of us in different ways, be it endless random road closures, roadworks outside our houses for months on end (often at nighttime), businesses and services you can’t find or have moved out of town (having to book your hairdresser 6 weeks out as they are so busy as only half as many are working now due to lack of premises).

And finally, mourning our lost friends and family on this day – I lost a photographer friend. 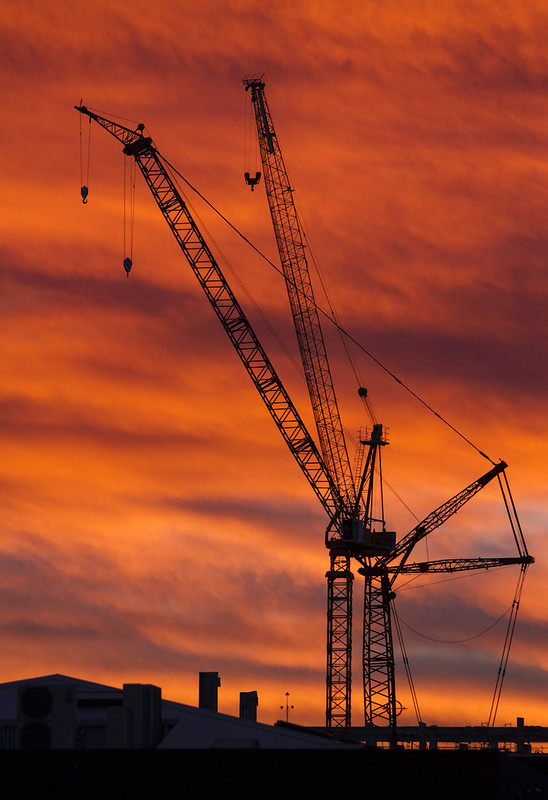 The Red Zone when it was closed off

The above image shows there can still be beauty in the devastation, and what gets us through every day is the hope that we will have a new and vibrant city at the end of it all.

Mad keen photographer figuring it out as she goes!
View all posts by lensaddiction →
This entry was posted in Waffle and Burbling and tagged Christchurch, christchurch quake, earthquake, feb quake, Feb22, photography, quake memorial. Bookmark the permalink.

5 Responses to 4th Anniversary of Feb 22 Earthquake in Christchurch