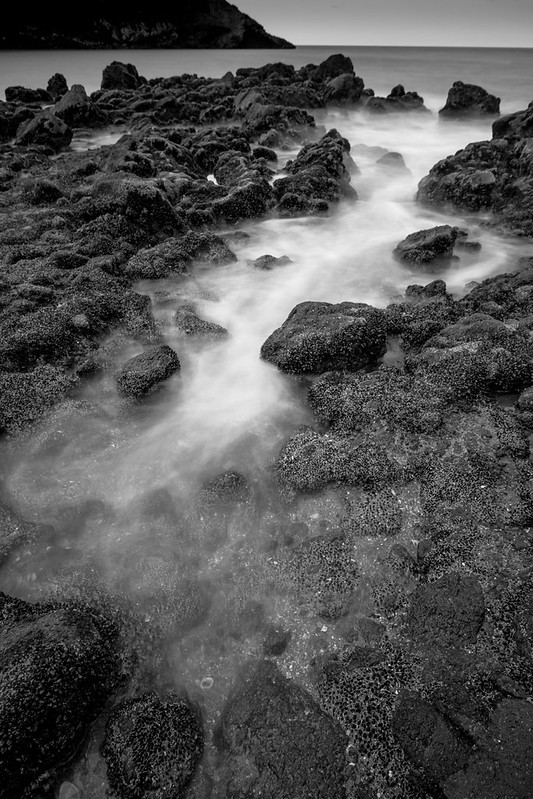 I attended an Advanced Landscape Photography Workshop over the weekend, and we spent some time on these rocks.  Given I had my Lee Big Stopper 10 stop filter with me, I decided to take it for a spin as the waves were coming well up over the rocks and swirling around nicely.

This was a 13 second exposure, late afternoon in partial shade.  The rocks were covered in tiny mussels or similar shellfish which is all the black spots in the foreground.  Edited in LR to a BW conversion.

I wanted to have a little more texture and a little less foamy smoke effect but I quite like how it came out in the end.  I do like how the swirls around the rocks lead your eye up the center of the image.

I crunched the blacks a tad in post processing, but I liked the touch of drama it added so left it in.

What do you think?  Is this style of long exposure done to death already or do you like it?